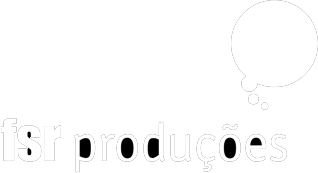 Producer of Live Marketing, Cultural and sporting events, documentaries and media projects, with over 15 years of experience in Brazil and Europe. She is a London College of Printing and Distributive Trades (LCPDT)– BA (Hons) Film & Video Graduate. While living in London, Fernanda worked as a producer for Channel Four, Bravo TV, Living Earth and Survival International. In 1999, she returned to Brazil where she worked in the movie “Bossa Nova” and produced the documentary “Botanical Garden, Garden of Delights” for SIC TV (Portugal). From 1999 to 2003, Fernanda worked for TV Globo in Project Planning and as a producer of the TV Globo Branding Division, producing more than 20 DVDs of entertainment and drama of the broadcast station.

As a professional freelancer, Fernanda participated in projects such as:
– Pan American Games 2007, where she was the producer responsible for coordinating the logistics of the international team for the Opening and Closing Ceremonies as well as serving as the direct assistant of the main producer from Five Currents;
– Rio 2016 Campaign, where she served as logistics producer for the international events and as a venue producer for the IOC visit at Copacabana Palace Hotel hired by Five Currents;
– Copacabana Reveillon 2009/2010, producer responsible for logistics and operations of the international team and access control, in addition to being named administrator of the company Five Currents Brazil, where she worked primarily in the planning and operation of the company’s projects in Brazil in 2010.

– Appraiser accredited by the Ministry of Culture in the areas of Audio-visual Arts, Performing Arts and Culture and Communication.